“This is a good day for women throughout the state who have been victims of stalking,” said Senator Jennifer Beck, a member of the State Senate Judiciary Committee. “As technology advances, so do the tools stalkers use to keep track of their victims. The new law is keeping in step with technology such as GPS and hidden cameras. I am proud to have sponsored it, alongside my colleague Senator Buono.”
The signing of this bill is the culmination of three years of work by the 12th District Legislators. The legislation was prompted by a situation in Marlboro when a woman who was a victim of stalking addressed her concerns to her State representatives.

“The victims of stalking often suffer long after their stalker has been apprehended, living in a state of fear, anxiety and emotional distress as a result of their being targeted,” said Senator Buono, D-Middlesex. “This new law provides for enhanced protections for those victims, while updating the provisions of the law that apply to stalking in the digital age to better reflect the realities of the crime. While we can’t give the victims back the lost sense of security stolen from them, we can make sure that they are protected from further victimization, and that stalkers face penalties that match the severity of the crime.”

The new law, S-1106, amends the State’s statutes governing stalking to read that a person is guilty of stalking if he or she purposefully or knowingly engages in a course of conduct directed at a specific person that would cause a reasonable person to fear for his or her safety or the safety of a third person. Previously, the law provided a person was guilty of stalking only if his or her course of conduct caused a reasonable person to fear bodily injury to, or the death of, themselves or one of their immediate family members.
The bill also provides that a person is guilty of stalking if he or she engages in a course of conduct which would cause a reasonable victim to experience emotional distress or significant mental suffering. And finally, the bill amends the definition of “course of conduct” to include any action, method or device used to monitor, harass or threaten an individual. Senator Buono noted that this amendment is needed to address technological advances in stalking, including the increased use of the Internet in victimizing and harassing the targets of stalkers.
“Under the previous stalking laws, police could not step in to protect a stalking victim or their family members until they were in eminent danger of physical harm,” said Senator Buono. “With this new law, police will now have the authority to get involved before harassment and pervasive surveillance turn to physical violence, assault or worse. Also, as the technology advances, we must evolve with the times, and this law brings our State’s stalking statutes into the 21st Century.”
Posted by Karen at 4:17 PM No comments:

US Department of Justice; Office on Violence Against Women; Stalking Victimization in the United States Special Report


Stalking Victimization in the United States Special Report
Bureau of Justice Statistics Releases Findings in Largest Study of Stalking Conducted to Date
The Department of Justice, Bureau of Justice Statistics recently released a supplemental report to the National Crime Victimization Survey focused on Stalking Victimization in the United States. This Supplemental Victimization Survey (SVS) to the National Crime Victimization Survey (NCVS) is the most comprehensive study of stalking to date and confirms that stalking is pervasive, women are at higher risk of being stalked, and there is a dangerous intersection between stalking and more violent crimes.
The SVS was specifically developed, with funding from OVW, to provide national-level data on the crime of stalking. As a result of this study, OVW is even more committed to addressing the crime of stalking by providing safety to victims and holding perpetrators accountable.
The SVS identified seven types of harassing or unwanted behaviors consistent with stalking, and individuals were classified as stalking victims if they responded that they experienced two or more of these behaviors on two or more separate occasions. In addition, the individuals must have reported fear for their safety or that of a family member as a result of the course of conduct, or they must have experienced additional threatening behaviors that would cause a reasonable person to feel fear.
Posted by Karen at 4:40 PM No comments: 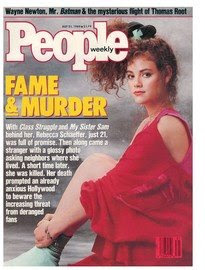 Stalking More Common Than Reported
Many victims of stalking suffer in silence. According to the first nationwide look at stalking by the Justice Department study, about one in three stalking cases are even reported to authorities. Even with underreporting there were 3.4 million people subjected to stalking, according to researchers.
Whether a celebrity, a spurned lover, or a stranger, stalking happens frequently enough that it is a crime in every state.
Researchers in the DOJ study measured stalking as, making unwanted phone calls, sending unsolicited or unwanted letters of e-mails, following or spying on a victim, showing up at a place where they had no reason to be, leaving unwanted present, waiting at places for a victim and spreading information or rumors on the internet, or in public places.
Researchers find that women are more frequently the focus of stalkers and sometimes it can last for five years of more as it did in 374,000 cases. With all of the frequency, the New York Times reports that a small number of cases ever makes it to court because the cases are difficult to put together.
First there has to be physical evidence. And frequently the victim of the stalker does not even report the incident to authorities believing it is a personal matter or will not be taken seriously. But Mary Lou Leary, of the National Center for Victims of Crime, tells the New York Times that stalking is like domestic violence was perceived more than two decades ago. “Law enforcement is often suspicious or cynical, but is now beginning to deal with stalking as a crime.”
After actress Rebecca Schaeffer was killed by a stalker in 1989, law enforcement began taking the offense seriously. While the first offense is often a misdemeanor, punishments can include a year in jail and ordered counseling.
In 34 states, stalking is a felony especially when accompanied by a threat of violence or possessing a weapon. The Times reports of a case where a man broke into the house of his victim and took a photo of her sleeping. Convicted of stalking he is now spending 13 years in prison.
Karen’s Law, proposed by the victim of credit card fraud, electronic tampering of her computer and bank accounts along with phone threats, is awaiting signature by the Governor of New Jersey.
Steve Lombardi, IB partner from Iowa, reports on cell phone stalking as the newest turn in incidents. #
Originally posted at InjuryBoard by Chrissie Cole
Full post as published by InjuryBoard on February 16, 2009 (boomark / email )
Related Law Blog Posts
January Is Stalking Awareness Month "Each year, more than 1 million women and nearly 400,000 men in the United States are victims of stalking...
3.4 Million Stalker Victims in a Year: DOJ Report Shows Gravity of Stalking in the US Today the Department of Justice released a study reporting that 3.4 million Americans fell victim to stalkers in a one year span from 2005 to 2006...
Stalking-Kit Der Verein TOA-Bremen hat mit dem LKA und anderen Beteiligten eine Praxisanleitung für den Umgang mit Stalking entwickelt, das sog...
Stalking Survey Prompts Calls For Legal, Training Reforms Source: Crime and Justice News, January 14, 2009. "The Justice Department report finding 3...
3.4 Million Say They Were Stalking Victims Source: Crime and Justice News, January 13, 2009. "An estimated 3.4 million Americans identified themselves as victims of stalking during a one-year span, says the U...
Stalking: Dangerous Obsession In films and even songs, stalking can be made light of, or even perceived as a positive or complimentary thing...
Posted by Karen at 6:52 AM 1 comment: